Access into the Habitat has been improved with the construction of a new concrete path along the front of the sailing club. Thanks should go to the folks that proposed and constructed the walkway.

The path was “officially” opened on the 18th August with a ceremony of sorts.

Magnificent representations of dignitaries including Premier Jack Lang (who was meant to cut the opening ribbon) and an interloper on his hobby horse, one Francis De Groot, re-enacted the opening of a somewhat larger structure to the south of us. 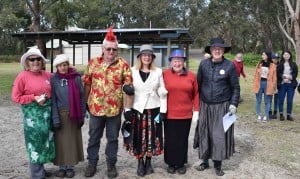 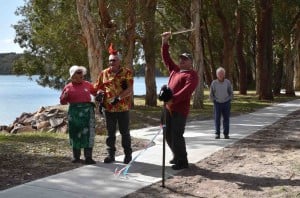