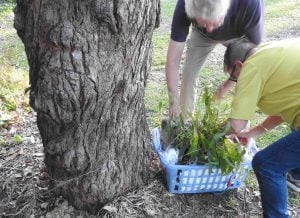 Momentous week here at the Tilligerry Habitat with the release of Elsie the koala into our reserve. She was injured nearby and was cared for by Port Stephens Koalas before being released again here in a relatively safe environment near to where she was rescued. 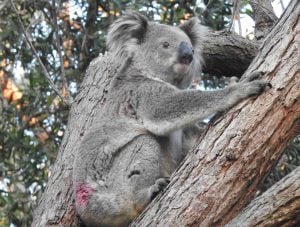 Elsie and her pink mark

You may see that she has pink spots on her bum which help us keep track of where she goes, at least until the rain washes it off. As it happens, we have not seen her since, but that does not mean she is not closeted away somewhere nearby. We are all hoping we will be able to enjoy her presence for a long time.

Elsie in a tree